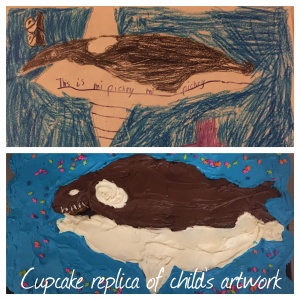 It has been a week of celebration. The anniversary of Mr. Ornery’s adoption was on Tuesday and his birthday was on Thursday with a party on Saturday. Super Tall Guy was adopted seven years ago on Friday. And The Little Guy’s “Adoption Day” was on February 12th. These are all big milestones in the lives of these boys. Not ones that they really understand yet, but ones that they currently look forward to solely by virtue of the fact that there are “gifts” involved! And that, as we all know, is really the key way to celebrate a momentous occasion!

But to me, the real “celebration” day was yesterday, two days after Mr. Ornery’s birthday. It was on that day seven years ago that my sister received a call from the foster agency that Super Tall Guy had a younger brother who needed a home and would we be available to get to the hospital in 15 minutes to pick him up?

You see, that’s how life functioned in the world of foster parenting. The phone was always nearby in case there was a call. And if we didn’t answer or weren’t available for a child, the next family was called. Some people have eight months or more to prepare for a child. We responded to a phone call, went out and bought diapers and formula, and spent the next few months without sleep at night. Life was chaotic, but exciting and good.

Yesterday, I quietly honored the day I met Mr. Ornery. That’s his birthday to me. That’s the day I looked into his small eyes and stroked his soft skin and said “hello.” That’s the day I lifted him into my arms and breathed in the secret baby smell. That’s the day I introduced him to his older brother and said, “Look who just arrived.” That’s the day my heart jumped and the journey began. The wait. The stress. The worry that he wouldn’t stay with us, that a biological family member might claim him. The long nights and the never-knowing. The ache to claim him as my son and the reluctance to grab onto that hope.

Yet for this child, the family court judge was realistic. She had seen this too many times. She offered birth mom her chance and when she didn’t respond at all, the judge moved the process along so fast that the Adoption Day happened two days before his first birthday!

And on that day, I welcomed my second son a second time.

You see, there are Birthdays and Adoption Days and in foster parenting there are “Change of Goal” days and “Termination of Parental Rights” days, but really in the life of an adoptive parent, the important ones are the “I just met you” Days. That’s where the story begins.

I am so glad to have met you, Mr. Ornery.

Thank you for becoming my little boy.

4 thoughts on “The Most Important Day for an Adoptive Parent”