Mr. Ornery comes by his nickname very respectfully. He earns it almost every day. You might even call him Mr. Mischievous. Mr. Where Did You Say the Line was Drawn? Mr. Rascall. He drives me absolutely nuts. He’s gorgeous with tight brown ringlets. His lower lip is slightly fuller than his upper and curls into a delicious smile. His body is toned and athletic. He giggles when you tickle him.

And he talks back. He loves to throw rocks. He barrels down hillsides on a flimsy plastic Big Wheeler. He jumps the speed bump on his Razor scooter. He is a daredevil. He attacks life and attacks it hard.

And I worry about him. We drove home the other night from Super Tall Guy’s baseball game and reviewed the preceding couple hours in which I had to curb Mr. Ornery’s behaviors several times. We got to the topic of misbehaving so much that other people, complete strangers, start to tell you to stop doing whatever you’re doing. I start down the thread of if you’re not listening to your Mom, then other people will step in. Super Tall Guy brings up that eventually “the police will come and take you to jail.”

Of all three of my boys, the middle one, Mr. Ornery, carries that highest risk. And it pains me.

After they crashed from their “I’m so tired, I’m obnoxious” highs into snoring slumbers, I sat down to catch up a little on the last season of Scandal. That was probably not a good idea as the episode was about a teenager shot by police. A brown body in the streets guarded fiercely by a grieving father. And the love of this father and all that the father had done to protect his son touched my soul…. and yet there he was…gone. I wept.

When they are born, you carry them and cuddle them. You meet their every need and you think this little bundle is perfection. You think about how this angel will grow and live and change the world someday. You delight in the dreams and the potential. You burst with pride and inexplicable love. You don’t realize at that moment that one day they will throw rocks at the neighbor’s lawn chairs just for fun. 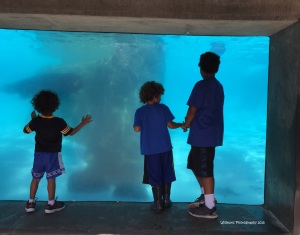 You can’t imagine them turning to drugs or alcohol and dropping out of college to go to rehab. You can’t even imagine them locked behind bars. You never dream of them dead.

When your heart and your soul are walking around in some other little being, you fear the decisions they might make, and you weep.

Each and every day, I say to these boys: My job is to love you and protect you. And every decision I make, whether you like it or not, is based on those two principals. Always and forever and no matter what, I will love and protect.

Your Mama loves you so

Be good to my heart.