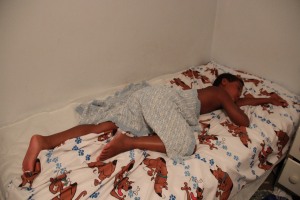 ‘Twas the night before first grade

And all through the house

The boys were all tucked in

Quiet as a mouse

(which is baloney, because I had

a pet mouse and they are never

The eldest is heading

To school the next day

The summer is over

Much to my dismay.

(I still have a list of things to do

this summer – ride bikes in

At an empty box for his lunch,

Wondering what to put in it

To satisfy his munch.

to cut it at this school – poor boy

is going to be starving!)

We visited the school

He left in a panic –

Because usually he’s quite manic,

(and never sits still unless there’s

He picked out a t-shirt

With a shark in plain view;

(though I did win out on the

“Totally Jawsome” and other

I warned him there’d be pictures

And probably some tears

Is getting on in his years.

(I don’t know – I cried at Kindergarten

drop-off….we’ll see how I do in the

We spent the week at the beach. Little Seth survived this excursion with all remaining teeth intact. He has however developed a much greater vocabulary since the first vacation and is now able to say, “I fell on rock” when you ask, “where’s your tooth?”

It was a very nice week from which I walked away with a few insights.

At a late dinner tonight, I turned to my sister and asked, “So, did you sign up for any school lunches yet?”  She said that’s one of her biggest disappointments so far in the new school the older boys will attend in two weeks – a lack of a real cafeteria to make hot lunches. I mentioned I really hated making school lunches as Micah has such a limited array in his diet (hmm, strawberry or grape in his jelly sandwich?). She agreed that it was good when the school provided lunches because it gave the boys exposure to foods they normally wouldn’t eat at all.

And then it hit me….

The absolutely incredible responsibility I have for how these boys turn out on so many different levels!  (Well, this isn’t the first time it did, but it’s another time it did.)  From the miniscule of what foods I offer to the boys….to the grandiose of what places we visit on vacation. From the school that they enter….to the music that they listen to. What I provide shapes so much of their life. Playing sports, appreciating art, learning an instrument.  I mean, why would they ever eat a mushroom?  I never serve any.

And part of what I do in shaping their scale of choices is such a function of my own experiences and likes. And I’m particularly conscious of the fact that although my boys are biracial (equally Caucasian and African American)….they are growing up “White” for that is what I know. So when a man passing us on the beach today remarks about Noah, “what a great tan he has,” I just smile and say “wouldn’t his skin be great?” …knowing that his beautiful coloring is more natural him than the sun’s effects.

I know that the boys have true rhythm within them, but I don’t dance. I know that I say Micah should play basketball rather than football when he grows up, and yet we all watch the Steelers together and rarely turn on a basketball game.  My boys wear the clothes they wear because my sense of style fills their drawers. They eat what I generally eat (sometimes) because I put it on the table.  They are learning my comfort level.

We are at the beach this week. It gives me a small bit of time to wane philosophic in the midst of stressing to make sure the head pops back up after the wave passes, balls remain an “outside toy” rather than fly through the “adult-focused” beach condo, and keeping a close eye out for any rocks or other hidden obstacles that might attempt to knock Seth’s other front tooth out!

Help me….what else needs to be on my bucket list?

I wasn’t trying to stare. But I kept stealing glances.  Looks a lot like a stroller, but definitely a wheelchair. Somewhere around age 6 to 8. Large head. Thick glasses. Spastic stiff legs. The mother sat beside me. We were waiting for the eye doctor. Seth was back for a check-up about his left eye which tended to drift off and find its own interesting things to look at, but was now behaving and working as a team player with the other eye.

The doctor was running unusually late. We mentioned that to each other. Slowly we chatted a little more – she’s 5, 77 pounds, can’t walk, doesn’t sleep so the mother is up for two nights and sleeps two nights. “You going to be here for a few minutes?” (apparently!!) “Oh yes,” I responded and she went off to the bathroom. She was so thankful when she returned, saying that she never does that – leaving her daughter alone – but she just had to. I commiserated that she must spend a lot of time at appointments.  I’m not sure I could do that.

My boys jump off couches (even the 2-foot-24-pound 2-year old), dive into pools, and climb trees…all today. They cut each others’ hair, spill milk on the carpet, and kick in glass windows. They irritate each other. They irritate me. They fuss, they whine, they yell (well, so do I). Yet, they are (generally) healthy and full of life. They are exhausting, but they are full of life.

I guess if I would pause to think of what an energy drain they are (as I am now), I would be totally and completely exhausted (as I am now). Throw the football. Throw the baseball. Hit the birdie. I think I have lateral epicondylitis (pain) in my right elbow tonight after a full day of throwing.

And sometimes I pause and wonder if I’m just being too carefree with them. Should I reign in some of that energy? Should I be more firm? Are they too rambunctious? These are questions that are probably too reflective, too serious for someone in my exhausted condition….

Instead I might ponder some of my favorite quotes of the day:

Overheard in the other room: “Look, I have painted fingernails….isn’t that awesome?”

“Mommy, when I grow up, I’m going to be Mr. Incredible. He’s stronger than the whole earth!”