It was a couple of small pops followed by some strange noises that I couldn’t decide if they were animal or human. It was 9:30 at night and I was walking the little dog a few doors down from our home in the “townhome” side of our rental community. The next morning, my neighbor asked if I heard the gunfire as I greeted him while taking the dog out again. My fears were confirmed when a friend from the township police department called to let me know there had been gunfire, broken window, and argument, but no arrests. “Probably drug related,” he suggested.

Gunshots in the apartment side of the community. Gunshots fired in the building adjacent to the playground where my children swing and slide and jump their bikes off any possible knoll. Gunshots that could be a stray bullet piercing one of my precious sons.

I immediately put in a call to the property management office for the boss to call me and sent an email. He called back later the following afternoon. He had no concern and certainly had no plan to address the issue. “I can’t control who people invite over,” he responded. “No, we won’t extend the fence line; that would be expensive.” “The police do patrol,” he answered – “never seen them patrol,” I argued – “well, it’s at random times.” (Hmmm, nope, no one in the neighborhood has ever seen them patrol either.) Every suggestion I made, he had no interest in. “I’ll pass your concerns to my supervisor,” he concluded. I informed him that I was “tremendously disappointed in your clear lack of concern for the safety of the people who live here and for the children.” And then I left a message for the regional manager; and I’m still waiting a return call.

You see, last Friday we got a “letter” in our mailboxes saying that of all the nerve, there have been reports of kids riding their bikes on these dead-end streets and that from now on, all children must be supervised at all times when playing outside. I didn’t see on that letter that there have been any reports of people driving faster than the posted 10mph while on the same streets as the kids, but I pretty happily give these drivers the universal “slow down” hand signals when they come cruising along. I’m just wondering why management in their wisdom doesn’t want to put out a letter to help the entire community feel safer about the recent gunfire “incident.”

So this weekend, I took it upon myself to personally say hello to my neighbors, ask if they heard about the “incident” and let them know that “management” doesn’t want to have anything to do with it. I am therefore asking each of them to be more vigilant and keep an eye out for each other. I am asking them to call the police immediately if they notice anything troubling. I am asking them to speak up if they have a concern.

My boys have heard these conversations. We’ve talked about it many times. We’ve set new boundaries for where they can play and ride their bikes. We’ve reviewed safety guidelines. They seem to be coping better than I am. For they have the great perspective of a protected child; they can look at the adults around them and feel safe and loved.

Probably what was more “traumatic” to Super Tall Guy this week is that he twisted his ankle jumping on a “Jump Pad” at a local corn maze. He hobbled around for the

afternoon complaining that he couldn’t have any fun. He crawled around the floor the next morning until his aunt dropped off a pair of crutches. Finally he succumbed to my urging to get it checked and he walked out of there in a boot with a nondisplaced avulsion fracture in the ankle. Yes, he will likely remember this weekend of me downplaying his pain while my head and heart were wrapped around the needs of the community.

It takes a village, they always say. We live in a small “village” here. Apparently our “leaders” are much more interested in collecting rent checks than providing safety, but we shall continue on and do what we can to protect each other and support each other. And we as parents certainly are looking out for each other’s kids.

And yet I shall continue to look for a new house….while also making sure that I land in another “village” to wrap around us all.

That should be the mantra for all parent interactions. Say, for example, that you are a school representative about to deliver bad news about a child’s behavior. You might just have this line running through your mind. Kind of like – the customer is always right. Don’t mess with Mama Bear. 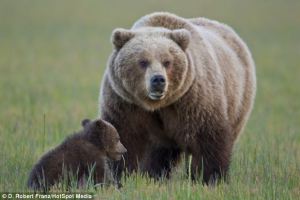 I could see this was the end of our grace period, but I am also absolutely convinced that an 8-year-old boy does not need to be expelled from school. That while trying to figure out what’s going on inside the head, we need to support and keep alive a desire to learn and succeed. We can’t let very young children develop a sense of failure. We need a smooth transition to the next arrangement. In that vein, I offered to take him out of school at lunch time since it was clear that he was consistently falling apart in the afternoons.

It was certainly an emotionally charged meeting – Mama Bear was in high protective mode, while also trying to acknowledge and understand their point of view. Disruptive children do not fit into the beautiful “orchestra” of small private schools.

As often happens, though, emotions cloud discussions and we never wrapped up the details. However, when I arrived to pick up Super Tall Guy the next day – Friday – I was distressed to find that he had been sitting in the office of the Head of School all afternoon – having a “nice time looking up insects on the iPad….as we were expecting you to pick him up at lunch.” “Oh,” I replied. “I didn’t know that was starting today. For I had no details. For example, do you know what time his lunch is? Do you know when I was

expected to be here?” Don’t mess with Mama Bear – because she’s holding herself together pretty darn well right now given that Baby Bear is staring at us! Because, you see – you just made Baby Bear miss out on the combined second grade class holiday party?!?!?

The calm before the storm was a bit eerie. Why wasn’t Super Tall Guy more upset about missing his party?  It took 24 hours for the waves to swell and the gale-force winds to build ….when he realized his behavior at Grandma’s had just led to missing “movie night” of the next Star Wars film. And then it all unleashed. The anger. The pain. The disappointment. The fear. The frustration. The teeth on my arm. The kicking feet. The refusal to try any calming tactics suggested by the therapist. The storm, it seems, just has to settle itself out…and then the tears flow about how unfair the world is. How sad it is to miss a party that you had been looking forward to.

My sister, bless her, kicked into active drive, spending hours on the internet looking for a new school district and a place to live. I, however, spent a couple days with my heart wrapped up. Distraught by the realization that my eldest must have some “problem” clearly severe enough to disrupt schooling and result in the whole family moving. Saddened by the way he has struggled for months. Disappointed in myself for not recognizing all this sooner. Frustrated by the crumbling of our current status quo. Overwhelmed by the thought of moving and packing and transitioning boys to a new school – much less trying to decide “which” new school.

And yet hopeful – that we might find a school that will honor my son. One that will meet his needs and build on his strengths. A place that will not try to “break the strong willed boy” but will seek to understand his struggles and help instill healthy coping strategies and skills. A place where he is not judged as “bad” but will rejoice in the small steps of progress.

For Mama Bears have pretty high expectations. Don’t mess with them.