The moment my sister carried out her son’s small vault, the tears welled. I didn’t expect to be crying. But it had been four very long and stressful weeks –  eldest son “let go” from his school, looking for a new school for the 3 boys, looking for new house in the right neighborhood to get to the “right” school that can handle “behavioral” problems. The stress gave way. I had visions of the boys not seeing each other anymore. Of Mr. Ornery never becoming a great gymnast because he doesn’t have The Flipper to keep encouraging him (I know – insane). It felt like the beginning of the end – such a huge change in the status quo, years in the making.

It wasn’t about the gymnastics – it was about a change in the boys’ relationships. It was about a change in the adult relationships. In the true sense of the phrase, I am a “single mom.” But I rarely think about it that way – because I have such a beautiful family. In essence, it has been more like two parents with five boys…..and incredibly supportive grandparents (incredibly supportive)! We have been one big (and mostly) happy family.

But suddenly, the “singleness” hit and I was afraid and so sad. It was the day after Christmas. My sister was making good use of “vacation” time to get the move done. Friends came over to carry out the couch. My father spent countless hours putting together a dining room table and chairs. My mother flitted around doing everything and anything.  I, however, was frozen in denial, dipping into sadness, punctuated by jealously (why do you get to move into the sparkling clean cute townhome with a master bedroom and your own private bathroom that likely won’t have “tinkles” on the toilet seat and gobs of kids’’Sparkle Fun’ toothpaste lining the sink?!?), sprinkled with shock at all the rapid changes.

“It will be good to have some quiet,” she said. I nodded. It’s impossible to explain to anyone the mind-numbing, energy-zapping level of NOISE and motion that exists within the walls of this house with 5 boys ages 3 to 8. Super Tall Guy likes to poke at kids to get a response. The Flipper and Mr. Ornery either swing from the pull-up bar or set up gymnastics floor routines through the living room/parlour area. Mr. Trouble exists as a constant threat to everyone approaching his Ninja Warrior Nunchucks or swinging light saber. The Little Guy doesn’t know he’s little as he excitedly tackles Super Tall Guy to the ground and wrestled around while the dog squeals and hides when moving bodies collide into hers. It’s nonstop. It’s pandemonium. In an effort to survive,  I proclaimed the Holidays to be unlimited “screen time” (or there’d be no sense in calling it a “holiday” for anyone!).

A little bit of quiet. The truth is – it’s probably what we all need. A chance to let the boys develop a little bit of themselves as an individual instead of constantly in relationship to or in reaction to another child. A chance for my sister and I to figure out a little bit more about how we can parent our own children without all the clutter and chaos of who hit who? Who’s tattling on whom? Who’s fault is it really? Who’s toy was it first? (Like you even cared about that Nerf gun anyway…. until The Little Guy picked it up!)

It’s likely a really good thing for everyone to have a little more space. And, as my sister reminded me, it will just be a temporary time until we can figure out the next step. And, I still have the Thai house guest here at “the Big House” for another month, so I still have back-up help and am not completely “single” :).

It’s just been some crazy stressful few weeks. I’m super proud of my sister for just jumping in and getting everything together to create a new home for herself and the boys. And we’ve tried not to visit too much as 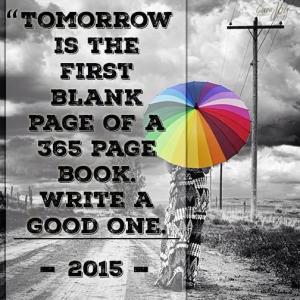 those walls are too flimsy for my boisterous boys (but come summer….when she can walk to the community’s swimming pool….she might need to adopt a few more little men!).

The schedule is going to be a lot to juggle as the three older boys begin in a new school in the morning. And there are going to be a great many kinks and glitches to iron out. But I have a terrific family and much hope in this New Year of New Beginnings!